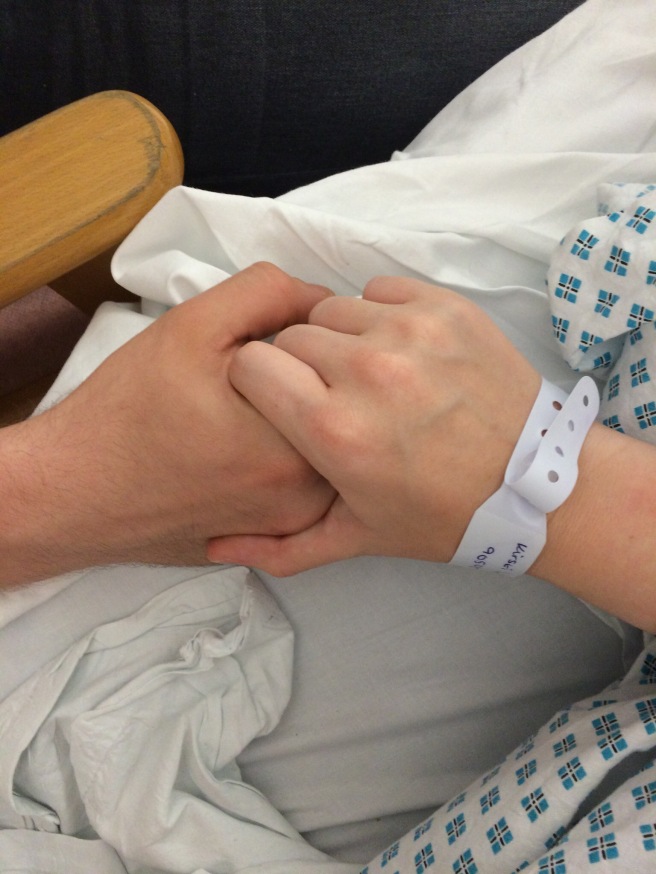 The time came on the 08/08/2016 when I was just 34 weeks pregnant, that I was taken down to the delivery suite after experiencing contractions. I was already in the hospital as my waters had been leaking at home. The nurse told me that they were going to start me on the hormone drip to bring on my contractions and that my baby would be born sometime that same day.

It didn’t seem real to me that in the next few hours, I could be holding our baby boy in my arms!

After putting me on the drip, my contractions got a lot more intense very fast, the midwife was monitoring my baby’s heartbeat as it kept dropping every time I had a contraction and informed me that she would try to get everything under control but that I might have to have a c-section. Tired and in discomfort from the contractions, I just nodded in agreement.

The midwife gave me gas and air to help with the contractions and turned me on my left side. From this point onwards, everything is a blur… I remember ‘waking’ after a while and asking Rory if I had fallen asleep as I couldn’t recollect where that time had gone. He said I hadn’t.

All I remember after that is being told by the midwife that I could start pushing. I grabbed behind my knees and pushed down at each contraction. (Even though I was in active labour, I felt a little out of it, I think it was a mix between exhaustion and a whole lot of gas and air.) The pushing continued for about an hour and a half. Eventually the head started to emerge and at that point, the nurse asked me if I’d like to reach down and touch my baby. I did and I felt the tip of his head poking out and I remember saying ‘he has hair!’ It was all the motivation I needed to get my baby out. A few more pushes later and at 10:02pm that night, a 4lb 7oz baby boy named Kory was born.

He had fluffy blonde hair and looked nothing like I expected but was everything we could have hoped for.

One thought on “Kory’s birth story”