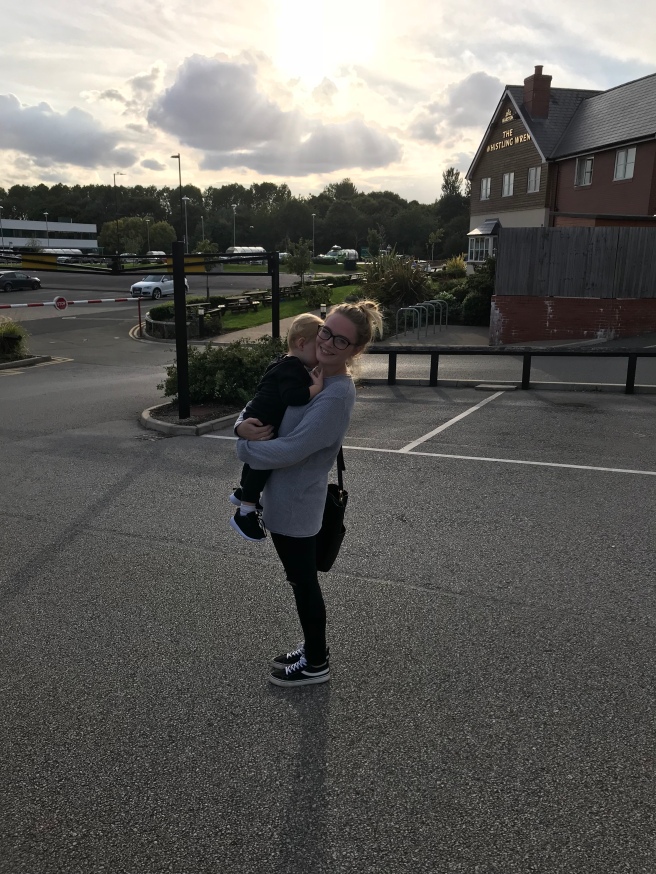 Kory has been super clingy now for the past few weeks. He’s always been a mamas boy but this is something else!

Now I’m not expecting Kory to play by himself for hours, I love spending time with him but sometimes I need to go to the bathroom and I can’t even do that without him getting upset! He won’t stay or go with anyone else, I can’t even leave him in the same room as his dad without him getting upset and wondering where I’ve gone. He usually loves going to my mum’s house to see her dogs but when we go to see her, he just won’t leave my side. He seems to panic whenever I leave the room.

For example, yesterday I was trying to cook tea and because I was in the kitchen and I’d left him in the living room, when he realised, he came running in, wrapped himself round my legs and started screaming for me to pick him up. I can’t even stop and speak to someone in the street when he’s with me because he kicks off big time and wants us to go!

When he first started behaving like this I just said to myself ‘oh it’s probably just a phase he’s going through’ but I feel like he’s been like this for a while now and I’m concerned because he’s now at nursery – even though they tell me he’s fine when I leave him, I want to know in my mind that he absolutely is.

I feel like I’ve tried everything. I’ve tried telling him I’m going to be leaving the room before I go but he runs straight after me and I always reassure him and tell him ‘mum is only going in the next room, it’s okay.’ I like to think I’ve raised him to be independent, in the past Kory has never had a problem getting something for himself, I encourage him to play alone, he has a lovely bedroom and he enjoys playing in it with all his toys but at the same time, if I’m tidying up or cooking, I ask for his help so he feels involved and surely he can’t be craving attention because he has my attention all day over, I’m always finding different things for us to do together.

So I did some research online about clinginess in toddlers, I was just trying to find some answers or information on how to help him get passed this phase he seems to be going through because I’ve honestly no clue what’s brought this on but I kept seeing the same answers.

As you know I am a stay at home mum so me and Kory do spend quite a lot of time together. However, there have been no changes to our routine that I can think of so I don’t see how it could be that.

As for sickness, his health has been perfectly fine as far as I can tell. He’s eating, drinking and sleeping just fine.

Kory from being a small baby, has always had a pleasant and sociable temperament. I’ve never had any problems leaving him at my mum’s house or at my grandparents house. He usually waves me off!

The only time Kory seems to be clingy is when he’s just with me or if there is one or two other people there with us. I took him to play group the other day and he was absolutely fine there. He went off playing with the other children and didn’t come to find me once! I thought we were getting back to normal but as soon as I brought him home the clinginess started again. I love that Kory loves me and it’s me that he wants the most, I have no problem with giving extra cuddles and reassurance but he’s constantly whining for me and it’s exhausting, I feel selfish saying this but it’s actually getting me down.

Can anyone help me? Do you have any idea of what’s brought this on? Is this common? How should I react when he screams at me to stop talking to others? And how can I help him?