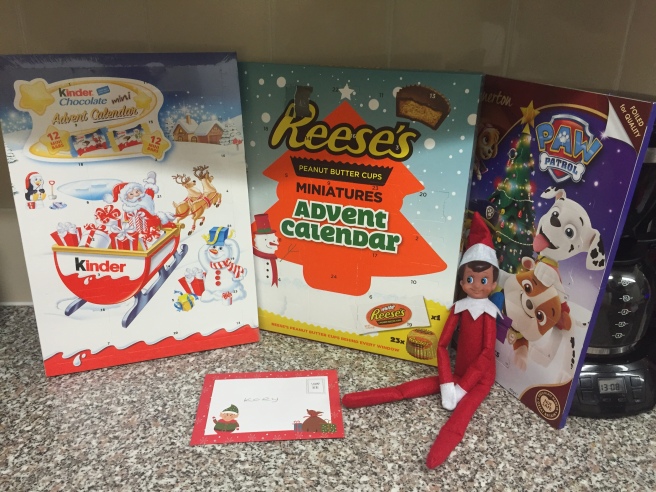 This is our first year taking part in the Elf on the Shelf. Meet our elf, Buddy!

On the 1st of December Buddy made his first appearance. He had left advent calendars for us and a note to Kory explaining who he is, where he’s from and why he’s here. (Basically he’s one of Santa’s elves and Santa has sent him to come stay with us so that him and Kory can have lots of festive fun together and he can also use his magic to go back to The North Pole each night to tell Santa whether Kory has been naughty or nice.) Having never done this before, I thought we were off to a pretty good start!

Today, we went downstairs to see that Buddy had been making snow angels!

It’s only day 2 and I’m already running out of ideas of what to do next with this elf! So after looking online, I came across lots of great Elf on the Shelf ideas that I thought I’d share with you. 24 elf ideas to be exact, so that if you too are taking part in the Elf on the Shelf this year, you won’t be stuck like I was!