This blog post is way overdue, if you remember from a while ago, I said we were switching rooms with Kory so that he could have our bedroom as it was bigger and we weren’t making much use of the space in that room anyway.

Since then, we have swapped rooms around and I feel like we really did make the right decision by doing so. Swapping rooms has meant that Kory has so much more room to play with all his toys in his bedroom, he really does love playing in there now and I think his new bedroom is lovely and just perfect for a little boy. He doesn’t really have a theme going on, just a little bit of everything that he loves. We thought we’d let him decide that when he’s a little older. We were going to paint his room a pale blue but I quite like the cream walls as they make his bedroom seem nice, bright and open, so for now, I think we’ll just leave them as they are. We just decided to go for a blue lampshade, lamp and blue curtains instead.

As well as providing more space for Kory to play, we were able to put more furniture in his bedroom as well which means that he has a lot more storage now too. Of course that meant getting rid of his nursery set which was hard but seeing the outcome of his new bedroom made it easier. As well as new furniture, we got Kory a new single bed and ditched the cot and I have to say, he actually sleeps a lot better in his bed.

Letting Kory have the bigger bedroom has meant that he can have a book corner which is amazing because he has a lot of books and he loves reading them (just like his mum!) and it’s nice that we’re able to display them. It’s so much easier for him to choose a book to read now. 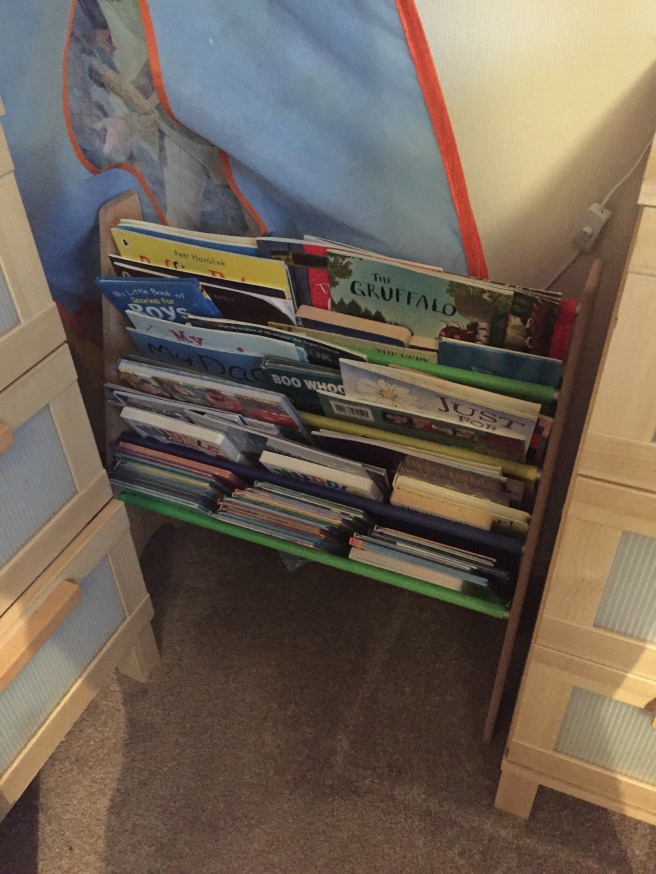 So that’s the update on our little project that was Kory’s bedroom. I’m sure we’ll continue to keep adding to it and making changes over the years to come. How did you decorate your child’s bedroom/nursery? Did you go for a particular theme or colour? Let me know!