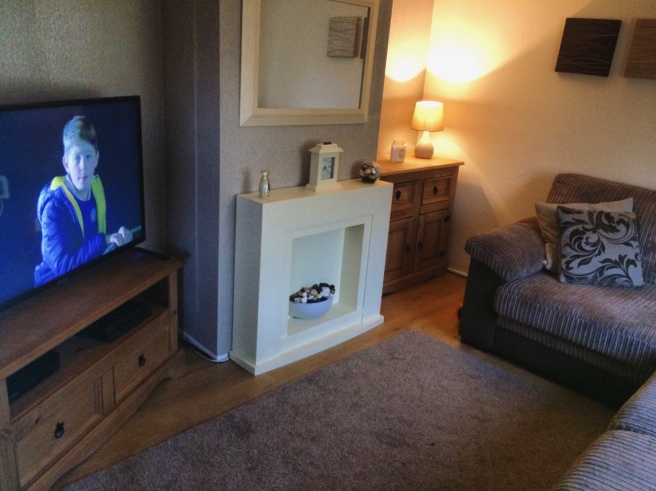 When Kory finally goes to bed I like to wind down by getting under a blanket on the couch and just flicking through the different shows that are on Netflix. So many of us watch Netflix now and if you’re anything like me, you love binge watching shows. In that case, you’re probably in need of a new show to watch! So I thought it would be fun if I shared with you a list of my favourite shows to binge watch on Netflix…

Stranger things – I love that this show is set in the 80s! The story follows a group of friends who are searching for their friend who goes missing under very strange circumstances. It is a Sci Fi series, a little scary in parts and will keep you in suspense.

Orange is the new black – Everyone was talking about this show when it first came out and at first, I wasn’t sure whether it was a show that I would enjoy watching but I gave it a watch and it had me hooked straight away. Orange is the new black follows the story of Piper who is sentenced to spend time in a minimum-security women’s prison. Piper has to adjust to life behind bars and befriend the range of different characters she will now be living alongside, who we as viewers get to learn more about with each episode.

Luther – Luther is about John Luther, a genius murder detective who is brilliant at solving murder cases but also emotionally impulsive and someone who is tormented by the dark side of humanity while hunting down murderers. Luther has paid a heavy price for his dedication; he has never been able to prevent himself from being consumed by the darkness of the crimes with which he deals. A must watch.

Making a Murderer – This might possibly be the best true crime documentary I have watched for a long time. From the minute I put it on I just couldn’t stop watching it. If you like documentaries, true crime stories, police and murder investigations then you need to add this one to your list. It follows a murder investigation and a failed justice system with lots of twists and turns and what makes it even more interesting is that it’s all true! I binged watch both seasons of this show in less than a week and I am hoping that they do a third!

Friends – Need I say more? Because if you haven’t watched friends yet then you need to right now! A total classic.

The Sinner – Loved loved loved this show. I have watched both seasons and I have to say I prefer the first season to the second, although still good, I just feel the first season was a lot better. A mum snaps and stabs a stranger to death in front of everybody on a busy beach. Why did she do it? She doesn’t know. But one cop is determined to get to the bottom of it and find out why. This series will have you hooked and you will be desperate to find out the truth!

Broadchurch – One of the most gripping detective series I’ve ever watched. You do not see the ending coming at all! Broadchurch is one of those shows that will have you clicking ‘next episode’ one after the other just to get to the end.

The Walking Dead – The Walking Dead is set in a post-apocalyptic America after a virus infects the whole population and turns the dead into zombies. The show starts with character Rick Grimes who awakes from a coma with no idea of what’s been going on around him and embarks on trying to find his wife and their son.

Breaking Bad – This show is about a high school chemistry teacher who has been diagnosed with inoperable lung cancer, whose wife is pregnant and whose son has cerebral palsy. So he teams up with his old student to make and sell crystal meth for his family’s financial security.

Pretty Little Liars – This show is completely addictive. I watched this show when I was in College and I’ve just started to re watch it all over again. The show follows a group of girls who’s friend, Alison, goes missing. The girls start to receive anonymous texts from someone who refers to themselves as ‘A.’ Whoever A is, they know everything about all of the girls’, all of their deepest darkest secrets and A holds that against them and threatens them. But who is A?

Gotham – Gotham is a crime drama series that is based on the characters published by DC Comics and primarily those who appear in the Batman franchise. The show follows a young detective James Gordon as he battles villains such as Penguin, The Riddler, Mr Freeze and many more as well as corruption in a pre-batman Gotham city. The show also follows the life of a young Bruce Wayne (batman) who’s parents are murdered. James Gordon becomes a friend to young Bruce Wayne as he finds his way to becoming the iconic Batman. So if you’re a fan of any of the above, you’ll want to give this show a watch.

You – The Netflix show ‘You’ is based on the book with the same name by Caroline Kepnes. I read the book a while ago and devoured it. I was so excited when I heard they were making the story into a Netflix series! The show is as amazing as the book and does not disappoint. ‘You’ follows the story of bookstore manager Joe Goldberg who meets aspiring female writer, Beck when she enters his store one day. What starts as a crush soon turns more sinister and the lines between love and obsession are blurred, you as the viewer may even find yourself siding with the stalker during throughout some parts of the show. Creepy, right?!

The Big Bang Theory – I had to end this list with my all time favourite show to binge watch. I have been watching The Big Bang Theory for years now. It’s one of those shows that you can come home to after a shitty day and it will make you feel better. It’s one of those shows that you can keep coming back to, I just never get fed up of watching it, I can rewatch old episodes and still laugh as hard as I did the first time I watched them. This show has been a big part of my life and I’ll be so sad when it ends but at least I’ll be able to binge watch all of the earlier episodes. The show starts with two nerds who are highly intelligent scientists who live together in an apartment and whose worlds get turned upside down when a hot blonde moves in across the hall from them… But so much has happened since the show first aired in 2007 that you’ll have to give it a watch yourself to see what all the fuss is about. If you haven’t watched this show, you honestly need to.

So those are all my favourite shows to binge watch on Netflix right now.  But I want to hear yours! What should I binge watch next on Netflix?